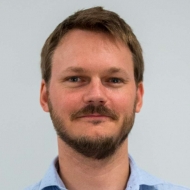 This user has not added any information to their profile yet.

Erik graduated from Stanford with a bachelors degree in Computer Science (2001), right when things were getting hot in Silicon Valley. He immediately moved to the Cote d’Azur to work on his French. Since then he has lived and worked in Barcelona, Bahia, Boston, Mexico City, New York, and now Paris where he went back to school for an Executive MBA with the École Nationale des Ponts et Chaussées (2016). He has built software and run teams for companies like Amadeus, MetaCarta, TravelTripper, Google, and Criteo.

Paris
Criteo
We use cookies to ensure that we give you the best experience on our website. If you continue to use this site we will assume that you are happy with it.Ok