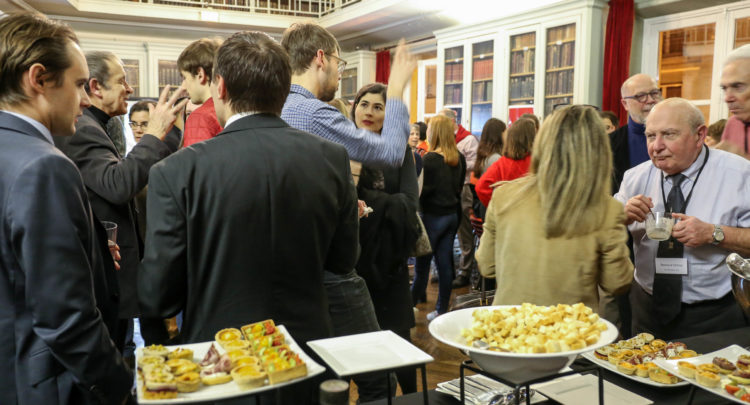 The Stanford Club of France held his annual General Assembly on January 30th at the Hôtel de l'Industrie.
You can find a summary of the General Assembly - including 2019 accomplishments, 2020 objectives, board election and votes - here.

The General Assembly was followed by a champaigne cocktail with Galette des Rois attended by SCF members and Stanford in Paris students. 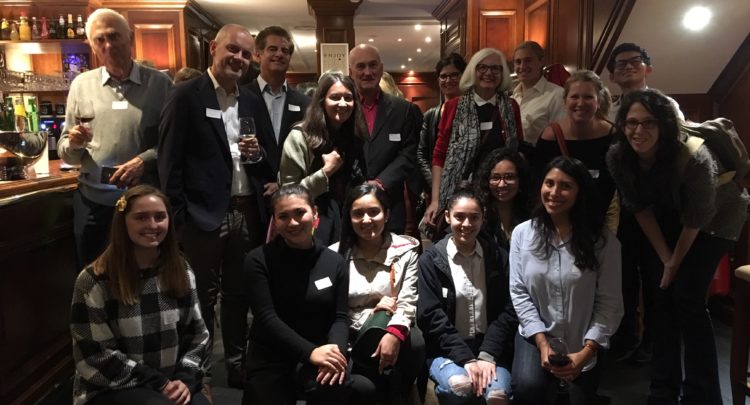 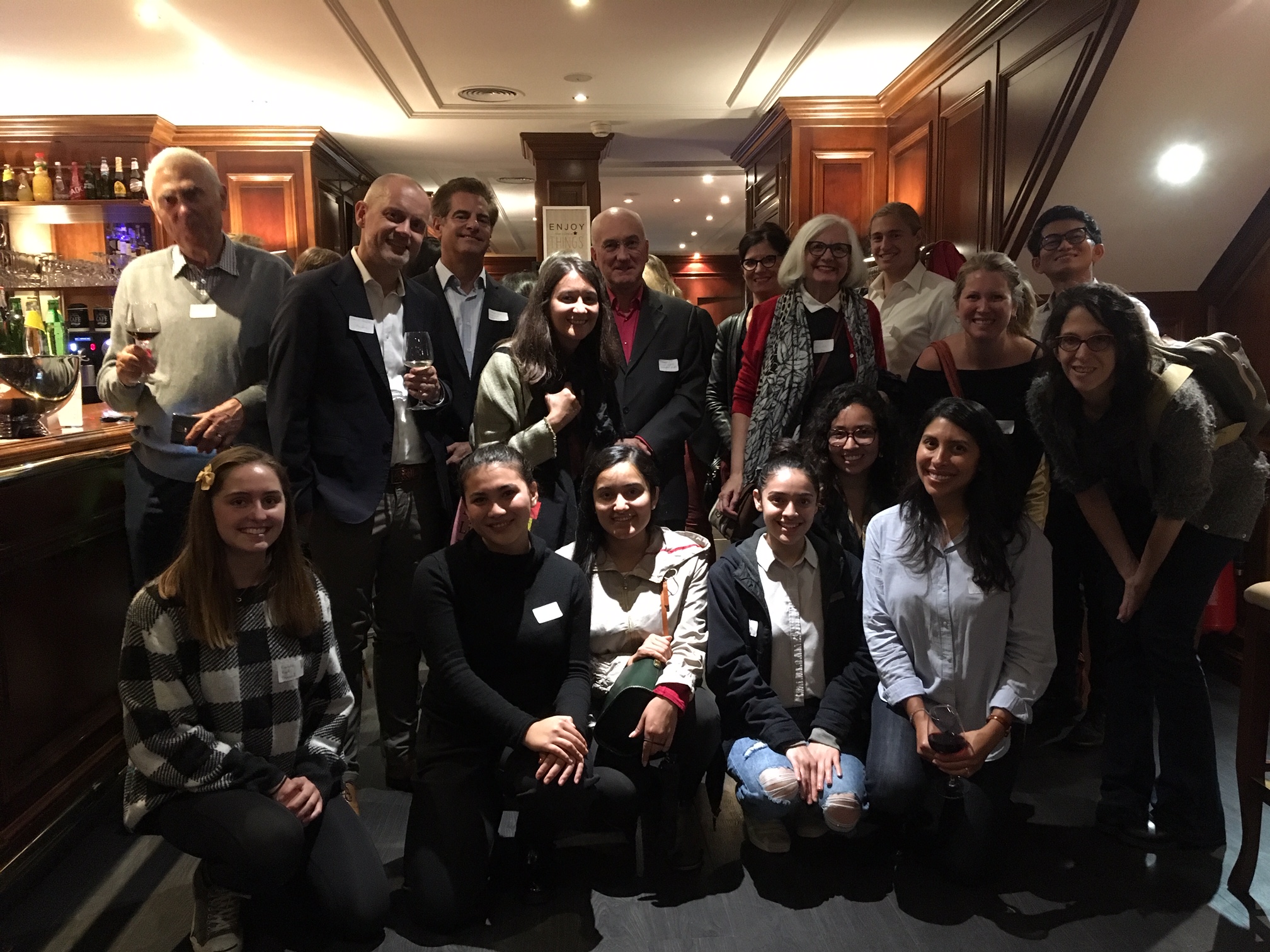 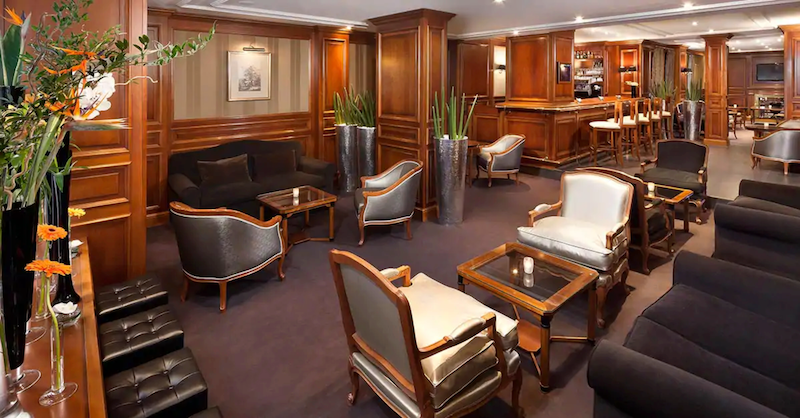 Our monthly after-work / happy-hour on October 1st at the Hotel Melia Place Vendome. 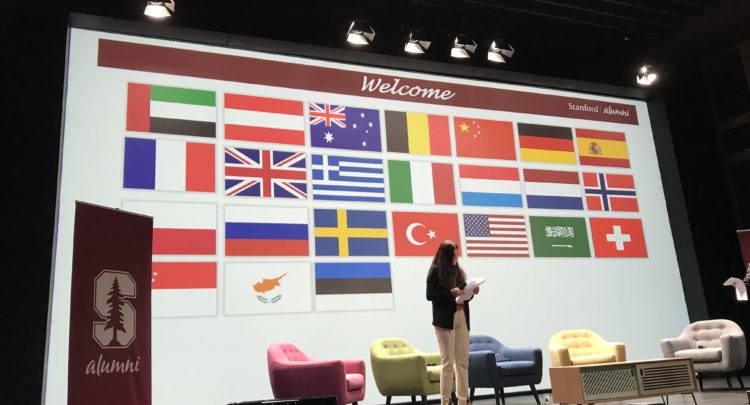 'Youthquake: how millennials are transforming society, politics, business and education'

Alumni and friends from all over the world came together in Paris from Friday, June 21st to Sunday, June 23rd for a weekend of inspiring talks, networking events and exciting time together.

For more pictures from this beautiful weekend of events, see Stanford International Weekend on Google Photos.

The past couple of years have been years of transformational change in Society, in Politics, in Business & in Education across the globe and particularly in Europe. In politics, millennials bring new perspectives, concerns and broadly propagate information that contributes to redefine democracy and its institutions. In business, corporations are looking to engage millennials both as consumers and as a workforce. In entrepreneurship, millennials are founding unicorns with a disruptive mentality and are showing their emerging economic influence. In the social domain, millennials are deepening their focus on social, environmental and equality issues.

We believe this transformation will have profound consequences in the way we live and apprehend the world in the years to come. The Stanford Club of France is looking at helping us better understand this phenomenon, its consequences and its future during our Stanford International Weekend.

For more info on Speakers, Program, and Sponsors, you can see the original Stanford International Weekend 2019 page from our site. 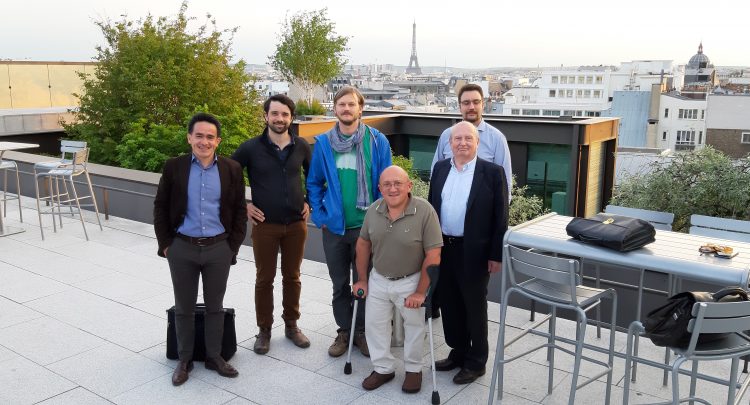 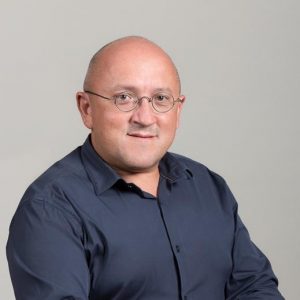 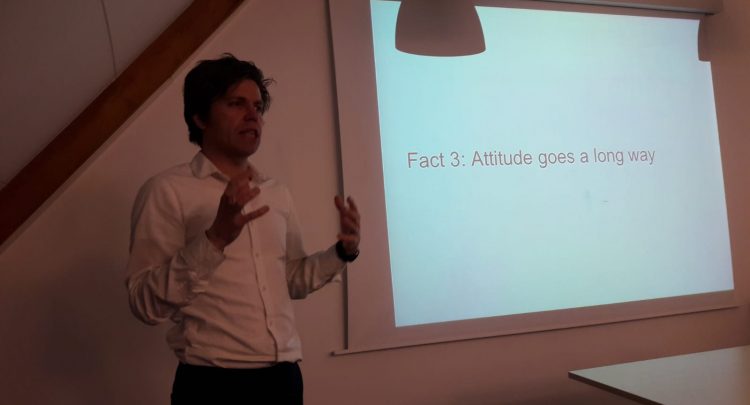 There is no shortage of headlines about how to live healthier and longer, and myriad products and programs promise to give one extra years of life. Professor Rehkopf discussed what laboratory and epidemiological studies over the past decade have taught us about what is most likely to be true and what isn’t, focusing on what he consider to be the five most surprising and important recent discoveries. 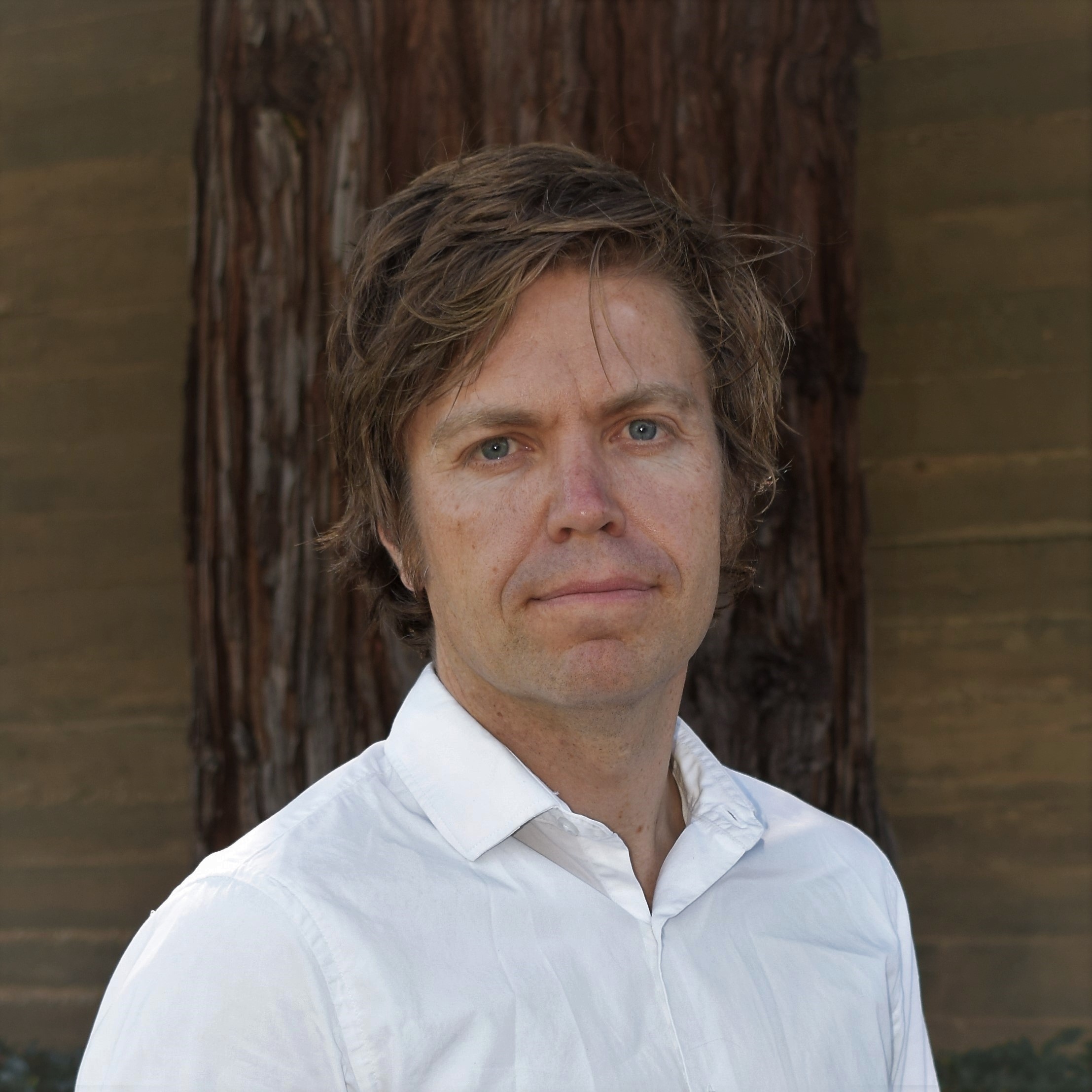 ASSOCIATE PROFESSOR OF MEDICINE (PRIMARY CARE AND POPULATION HEALTH) AND, BY COURTESY, OF HEALTH RESEARCH AND POLICY (EPIDEMIOLOGY)

Professor Rehkopf's work focuses on the way in which social and economic factors impact health and mortality across the lifespan, with particular attention to the impact of work and earnings on cardiovascular biomarkers and obesity. He completed his dissertation at the Harvard School of Public Health in March of 2006 in the Department of Society, Human Development and Health. His dissertation, entitled “The non-linear impacts of income on mortality, biomarkers and growth,” documents the ways in which higher income has different returns to health and human development depending on a household's position in the income distribution. 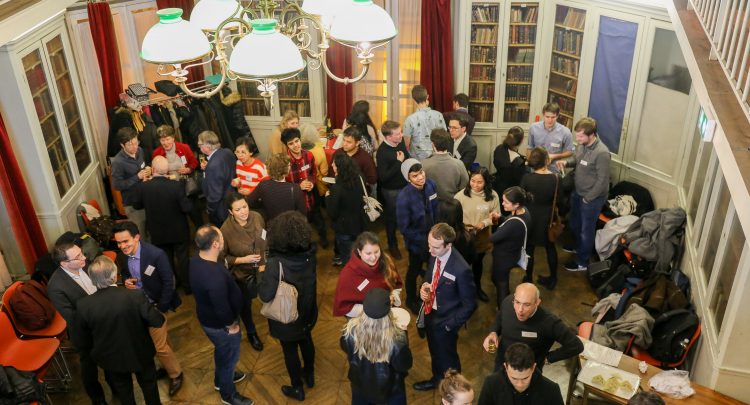 On Tuesday, January 29th, we had our annual meeting (the "Assemblée Générale") at the Hotel de l'Industrie.

We had a great turnout with over sixty attendees, including many Stanford in Paris students, staff, and professor in residence David Rehkopf.

The actions and financial results of the club for 2018 were unanimously approved by the members present. The Stanford International Weekend event was discussed and fully approved. Part of the Board of Directors was renewed.

For more details, see the event agenda or have a look at the Major Events of 2018 at Stanford.

Arturo Chacón has established himself in recent years as a leading tenor with exciting appearances in renowned theaters and concert halls across the globe; he has sung over 50 roles in more than 25 countries. He performed with Placido Domingo at the Philarmonie de Paris on January 18th and kindly accepted to discuss with the Stanford Club of France before his performance his stellar professional trajectory, some of his sparkling anecdotes as a singer and walk us through the fascinating rhythmic and opera realms. 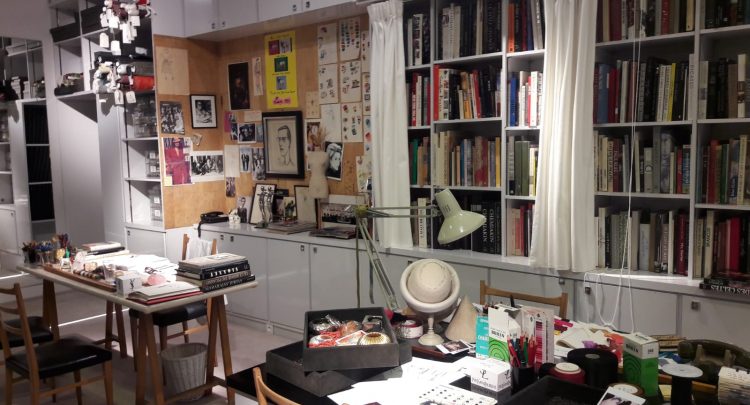 On November 15th, SCF members were treated to an exceptional private visit of the recently opened Yves Saint-Laurent Museum. The visit was guided by Dominique Deroche, who was the press agent of Yves Saint-Laurent for thirty years and this up until the closing of the "maison de couture" YSL in 2002. She shared her testimonial of this unique professional and personal experience. 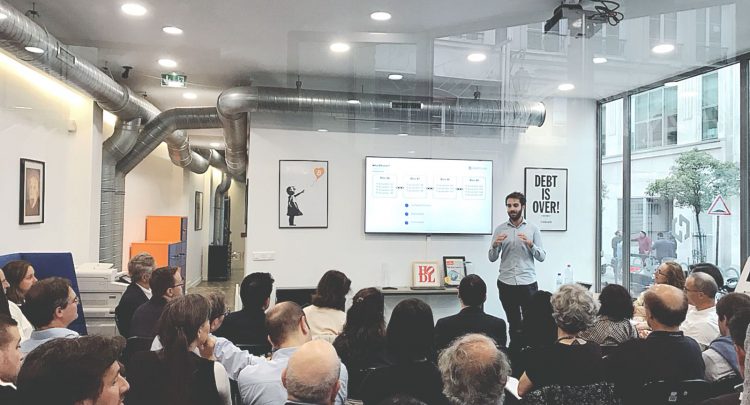 A guided tour through Bitcoin, Blockchain and ICO

On 14 June 2018, the Stanford Club of France and the Stanford Business Club welcomed over 50 alumni at Coinhouse (formerly La Maison du Bitcoin) in Paris where Brian O'Hagan, Marketing Manager at Coinhouse, held a one hour session on the topics of the history of money, the emergence of ICO's, Cryptocurrencies and the growing role of Blockchain technology in an all more digital society. The event sparked several discussions where experienced alumni shared their stories and their work with blockchain and cryptocurrencies.

Thank you to Brian O'Hagan and Coinhouse for having hosted us. 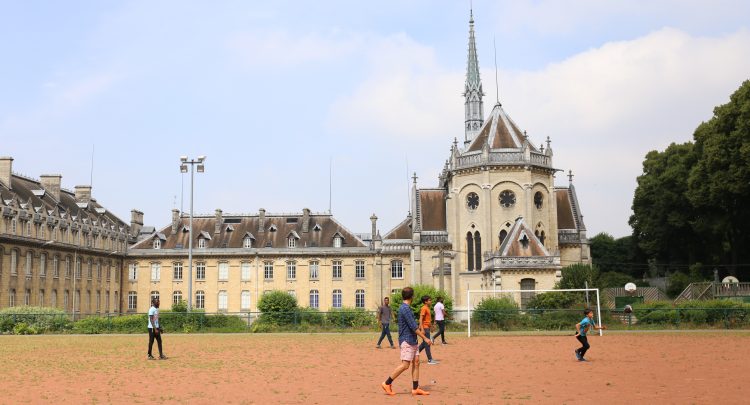 Beyond the Farm – Alumni day of service

Like every year, Beyond the Farm - the Stanford Alumni Day of Service - was a great opportunity to enjoy a day out with fellow Stanford Alumni while giving back to the community. This year, we worked with Apprentis d'Auteuil at one of their establishments and helped them out while spending time with the kids there.
Apprentis d'Auteuil is a well-known French foundation committed to helping young people in distress for almost 150 years in France and more than 20 years worldwide. In France, they welcome, educate, train and insert more than 23,000 young people in distress and help them gain confidence in themselves and the adult world. For more information on what they do and how they do it, you can visit their website: https://www.apprentis-auteuil.org/